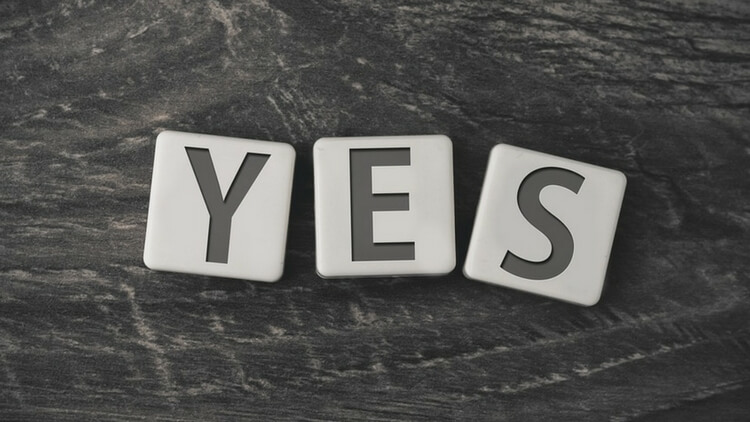 Lately I’ve been thinking a lot about the importance of saying yes. It seems to be all around me. So I’m taking that as a sign from the universe that I need to pay attention.

It all started a couple of weeks ago. A friend of mine was celebrating her 40th birthday. We used that as an opportunity for a fun girls night out. Dinner, drinks, and dancing. It was not our typical girls night. Quite honestly, the bar had a much younger crowd than we anticipated. We all commented on the fact that we felt old. However, we decided we didn’t care. It was our night to have some fun!

It was one of those dueling piano bar kind of places. They loved to call people up to the stage, usually with the hopes of embarrasing them by making them sing, dance, or be danced on. We were out on the floor as they called for Sophia and Zoe to come to the stage, no one responded. It went on for a couple of minutes. A friend of mine turned to a random stranger and said, “Zoe?”. She laughed and responded, “Sophia?” They didn’t end up on stage. However, the next thing she said stuck with me, “Just say yes! Always say yes!”

It became our joke for the night. Our mantra. 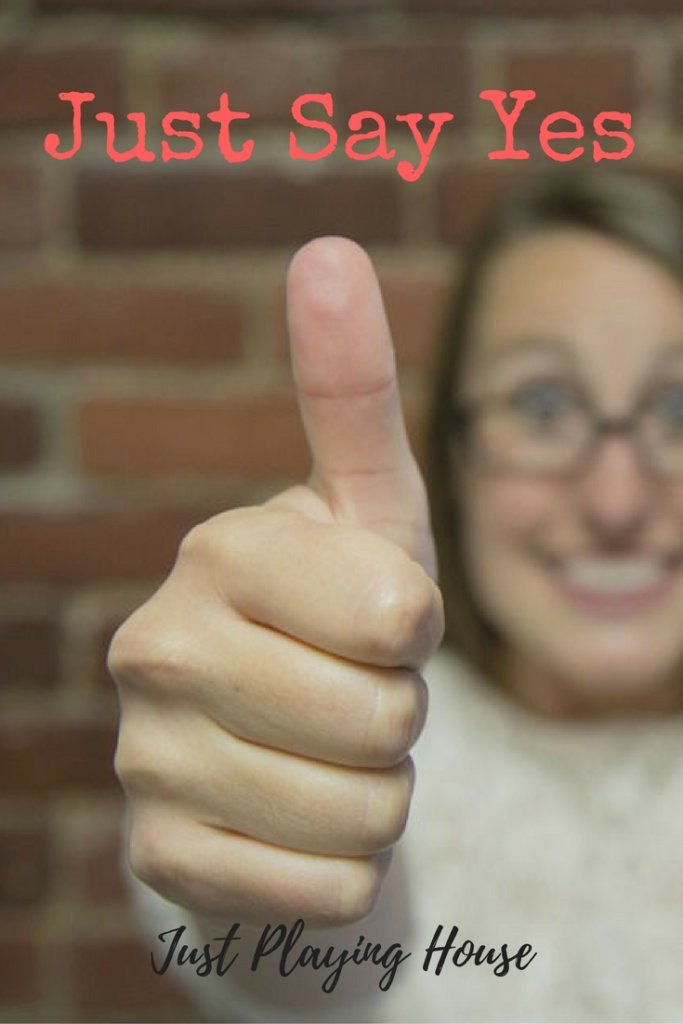 I realized later that I had seen this before. Last summer I had started watching the Netflix show Grace and Frankie. There was an episode dedicated to this idea. It showcases their girls night out. Bonding over the fun that ensues from their requirement to “just say yes” to anything that presents itself. Being dressed up by each other, enjoying a flight of whiskey, dancing on the bar, and just having a good time. Things that normally were out of their comfort zone or normal way of doing things that ended up bringing joy and new experiences.

Then most recently, I came across a TED talk. I love TED talks. They are always so inspiring. This one was titled “My Year of Saying Yes to Everything” by Shonda Rhimes. If you don’t know that name, she is the creator of some major hit shows like Grey’s Anatomy, How to Get Away With Murder, and Scandal.

In her TED talk, she talks about finding joy in life. Finding your hum. She takes you on her journey of saying yes. By saying yes to playing with her girls more, she identifies the true source of her hum. She realized that her joy comes from her children, family, and friends. Without that balance, her life has no meaning. It took her saying yes to something she doesn’t enjoy doing to bring her greater joy.

I love this idea of saying yes! Forcing yourself out of your comfort zone for life experiences. Pushing yourself to do things that you wouldn’t normally do. Finding your joy by really connecting with people and with life.

They say it takes 3 times of hearing something to make it stick. Well I heard it! Now I’m committing to myself to start saying yes more often.