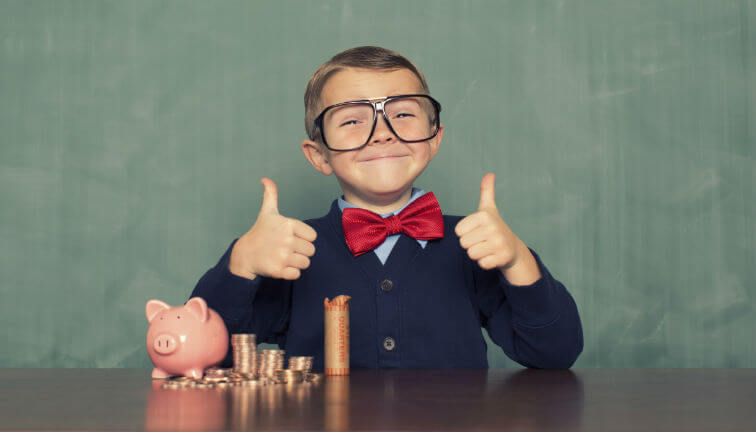 About a month ago, Cameron (7) came home from school and announced that he was going to save up his money to buy his own Wii U gaming system! One of his best friends at school had just done that. So now it was his turn. He knew it was the only way it would happen.

At our house, Mario is king! Always has been. The obsession runs deep.

He’s been wanting a Wii U since they first came out. We’d see them in the store, he’d want to look at all of the games and play the floor model. Whenever a commercial came on TV, we’d hear all about how badly he had to have one! Worse yet, he loved to watch people play the games on You Tube. He could tell you every detail. We heard it over and over again…daily!

Our response to him was always the same. We weren’t buying a Wii U. At our house we already had a Wii, a Play Station 3, and the Xbox 360. That’s more gaming systems than any household needs (in my opinion anyway).

Kids and money. They always think it grows on trees. When he asked for it, we always took it as an opportunity to talk about the cost of a gaming system. To buy a new Wii U it was going to take $300 (plus tax). And that was after one of their price drops!

Well it didn’t matter, he was so determined! There was no changing his mind.

You see, Cameron has been saving his money for the last 5 years. When he was 2, he started doing chores around the house. These were always things beyond the necessities of cleaning his room and cleaning up after himself. Things that, when done each week, could earn him some cash.

We have always made saving a big part of the money conversation. He was required to put part of his money into a save jar. The rest could go into a spend jar. This is a rule he’s always followed.

Well that night he asked if we could help him count the money he had in his spend jar.

He has spent the last month saving. At the end of September, he had his 7th birthday. What do you think he asked for? Gamestop gift cards or money to put towards his Wii U.

Birthday cards and presents slowly trickled in. Every penny was counted and added to his total.

Guess what?! Yesterday, it happened! That final count that put him over the top. He had $303.11. Even counted it all by himself (with just a little help from me). 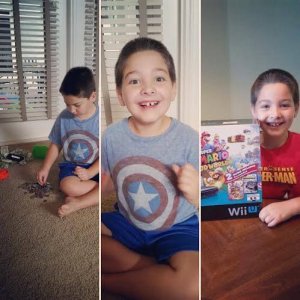 When he realized what he had, he got a huge smile and started pumping his arms. Not sure I’ve ever seen him so excited! So you can imagine, all he’s talked about is going to the store to get his Wii U.

Today, the Wii U is ours! His old spend jar is now empty. We upgraded the old Wii system. He then spent the entire evening playing Super Mario 3D World.

For the next month I can guarantee, that game is all we will hear him talk about!

Someone help me now!!