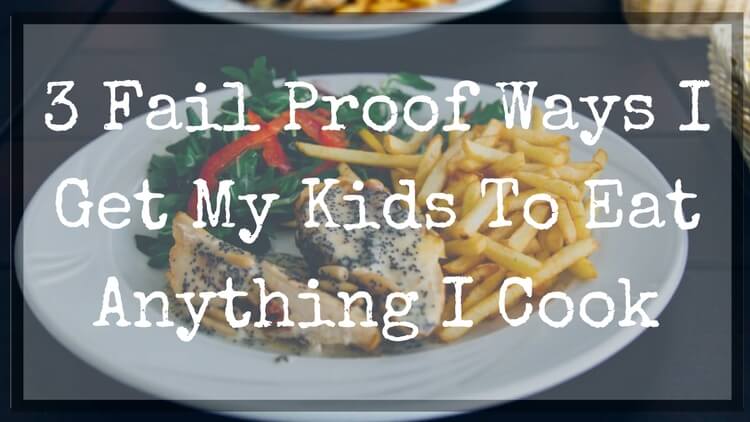 It’s not as if I am a bad cook. I don’t enjoy it by any stretch of the imagination. However, the food is definitely edible and many times pretty good. Through the years I’ve learned what I do well and focused my efforts there. So it is a bit of a blow to the ego when my kids won’t eat it.

My husband has a knack for knowing what is missing. He is always the taste tester. Once he is done, dinner is ready for the table.

This is where the negotiation begins. The kids want something else. They will eat this, but they won’t eat that. It always ends the same way, they have to at least try everything. Ultimately, the kids eat what I cook. There aren’t multiple meal options. One night a couple of years ago we discovered the first item on the list. 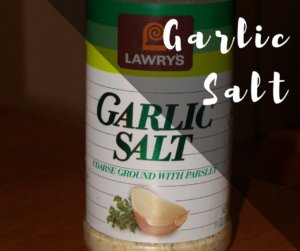 We love garlic in this house! Like REALLY love garlic. As the negotiation began, it was suggested maybe they just needed a little garlic salt. It makes anything taste better. Wouldn’t you know it, they sat right up and cleaned their plate. They actually ate all of the food that was placed before them and was so disgusting. This bottle became a staple at our dinner table!

In the last year, we discovered our second item. 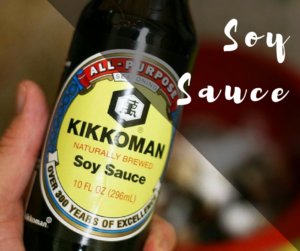 Serve any dish with rice, and soy sauce is requested! There are nights the faces of disgust don’t even show up where they used to simply because they see the meal and think about the soy sauce. It’s crazy.

In the last few weeks we discovered our third item. This was randomly and by accident. I found a Pinterest recipe that called for it. I had never bought it before so we had no idea what to expect. It is so good it should probably be #1 on the list! 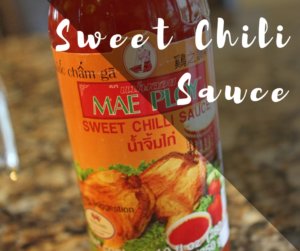 This stuff is amazing! It is a sweet, sticky, little bit spicy slice of heaven! My daughter and I could literally eat a bowl of rice for dinner with this drizzled on top and be happy as clams. We don’t, but we could. This has become a staple for dipping chicken, drizzling over just about anything. My daughter will request this with things that shouldn’t be paired with it. While I think it may be a bit gross, she eats it!

I realize that these maybe aren’t the healthiest of options. However, they get my kids to eat anything I cook. That is worth something! I now live in the camp of “if she’s eating her vegetables why do I care if she drizzles sauce over them?” The good stuff is still in there. I call it compromise.