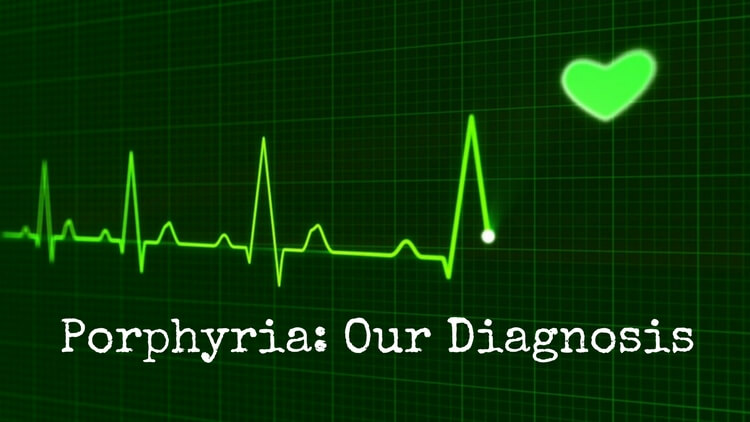 Porphyria has come to mean a lot of things. I hold a piece of paper that tells me it is the reason my 7-year old son died. DNA testing tells me everyone in my family has it. When I speak with doctors, there is either confusion or questions.

Most tell me they can’t believe our story because, “people don’t die from porphyria”. Especially not 7-year old boys with no history of symptoms. But it happened!

What I do know? It is a blood disease. It is quite rare. According to the American Porphyria Foundation, only 2 in 1 million are lucky enough to claim it. Most doctors have never seen a case in real life. Some remember learning about it in medical school. It makes us all nervous.

Going forward we require a team of doctors for very basic things I’ve always taken for granted. I don’t like feeling like an expert when I’m talking to a doctor that isn’t. I can’t be the one responsible for ensuring the health and safety of my girls. It scares me. We all know how things went the first time.

While I’m far more prepared now, I wish I had doctors that seemed more confident. Instead it feels as if they look to me for information.

Our version of porphyria is Hereditary Coproporphyria (HCP). It is inherited. Ours is an acute version. That means the symptoms are non-specific.

Due to the similarity of symptoms from other common conditions, it typically goes undiagnosed or misdiagnosed. The possibility exists to have it and not know it. It can lie dormant for years and then all of a sudden become active. 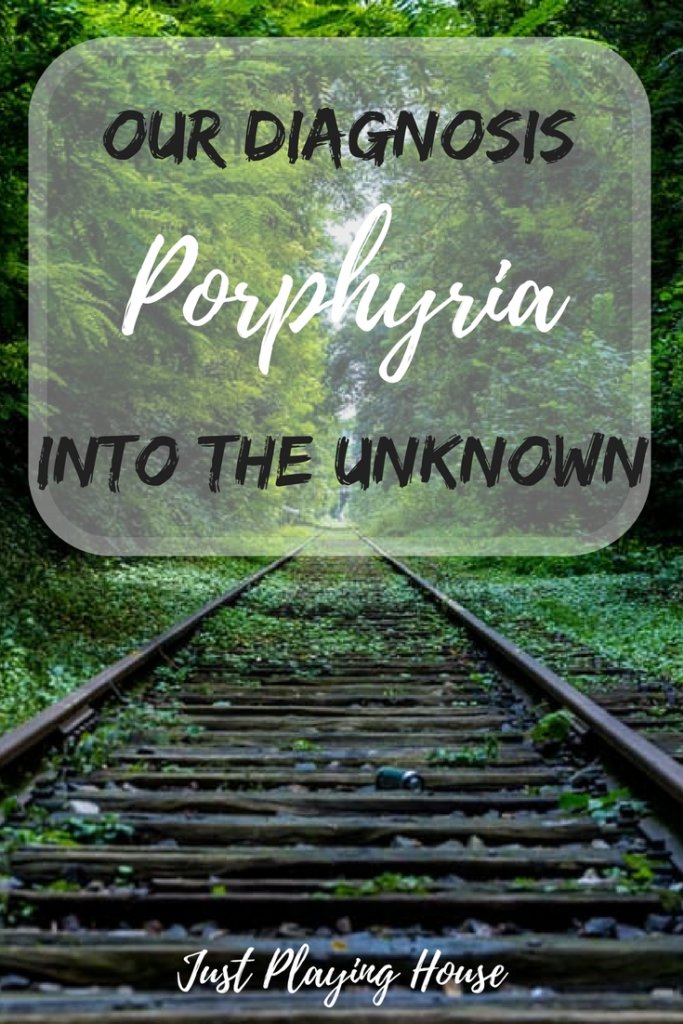 When porphyria is active, it shows itself through an attack. In our acute version that means symptoms like severe abdominal pain, vomiting, agitation, confusion, abnormal behavior, numbness and muscle weakness, even paralysis.

What brings it on? This is not always known. However, there is a laundry list of things that we must avoid for safety precautions. Things like many medications (even over the counter, common things), low calorie diets, infection, stress, alcohol, even hormones and pregnancy.

Porphyria is more commonly active in women versus men because estrogen plays a role as a trigger. What does this mean for my girls? When they reach puberty, they have a higher risk of being impacted. One day if they decide to have children, it impacts their decision and path to motherhood. They will not be able to take birth control pills as they are considered unsafe.

Every medication they are given will need to be checked. Their pediatrician and even their dentist must work with a geneticist to make sure every decision is made in their best interest. It is our hope that symptoms remain dormant for our youngest. She only has one kidney, and Porphyria attacks cause damage to kidneys.

When one of my girls is sick, I am terrified.

How am I supposed to know the difference? According to Cameron’s autopsy report his brain showed signs of previous attacks. That baffles me. Nothing stands out as anything more than normal illness. We missed it then, why not now? Or in the future?

I can tell you our pediatrician now knows me! She gave me her personal cell phone number so I can reach her anytime. I wish that made me feel all warm and fuzzy inside. It doesn’t.

There is only one person recognized as a porphyria expert in the state of Florida. She is based in Miami. I have spoken with her on a few occasions. We are still searching for local doctors to be part of our “team” so we have all of our bases covered.

This diagnosis sits in the background of everything we do. Just waiting. Those two little girls resemble a ticking time bomb sitting in the palm of my hand. All I can do is try to be rational each time they get sick. With time and knowledge, it will hopefully get easier.

5 Comments on “Our Diagnosis – Into The Unknown – Porphyria 101”