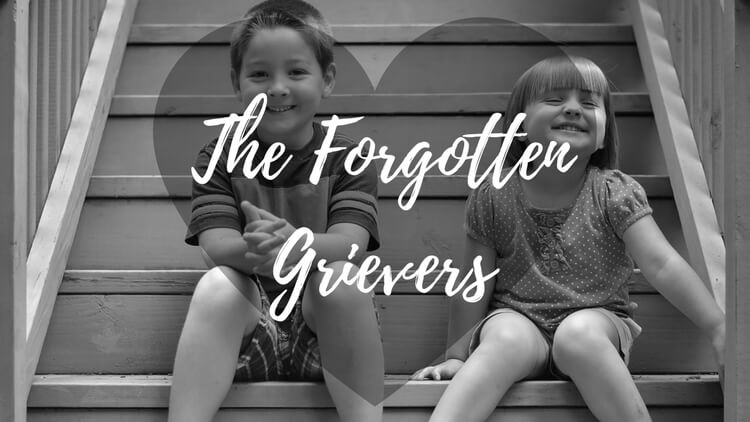 Several times over the last year I have referenced my oldest daughter as the forgotten griever. Lately it’s been in my face. The idea haunts me. It shatters my heart into a million pieces.

When a child dies, the focus is always on the parents. Siblings become the forgotten grievers. We overlook the impact.

I have learned children don’t grieve the same way adults do. I have been told she will grieve throughout her life at various times and in different ways. As she gets older and begins to better understand what death means. When she hits milestones in her life and yearns to share them with him. When she sees other sisters with their brothers and anger takes over. The birth of her first child when she realizes what I lost, and then remembers what she lost. All a scratch on the surface of what is ahead for us. 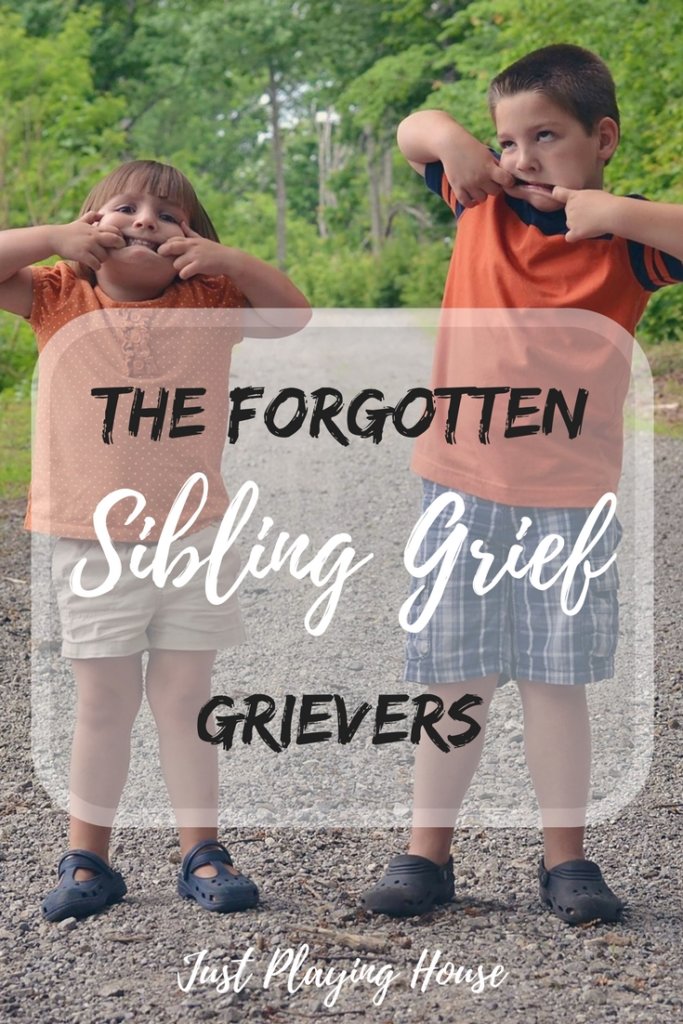 Rarely she will provide a glimpse into her grief. One of those moments happened the other day. The baby woke up from a nap and I was changing her. Melia sat behind me. She simply said, “I am so happy Sienna is up from her nap. I just love my baby sister so much. We can play together now. I never thought I would ever have someone to play with again.” A raw, vulnerable statement. Subtle yet so profound for me. I had no idea that thought was inside of her.

From a common sense standpoint, I get it. He was her very best friend in this entire world. They spent hours playing together, exploring the world, giggling, fighting, and loving each other. She would walk into the room in a new dress and he would say, “Melia, you look so beautiful”. When she learned something new he would give her a high five and say, “Good job!” He was her biggest fan. Every memory from her life contained him. Then he is just gone. Not even a good bye.

We assume because she doesn’t grieve like us she is OK. She is just a kid so she doesn’t understand. I don’t agree!

With each glimpse we get, people ask how we can bear to witness it. How our hearts can handle the pain. Our only answer is “this is our new normal”. This is life after.

Lately, I have spent some time looking for sibling grief resources. Mostly in an attempt to understand it better. My worry is we are missing signs. We simply don’t know what we don’t know. Over and over I find people saying there aren’t many resources that exist. They are right.

For now, I watch. I have to continually remind myself that she was impacted. As the baby gets older she will follow her own path of grief. The learning curve may never end. The associated grief won’t either. So I make a conscious effort to remember our forgotten grievers.

4 Comments on “Siblings Are The Forgotten Grievers”