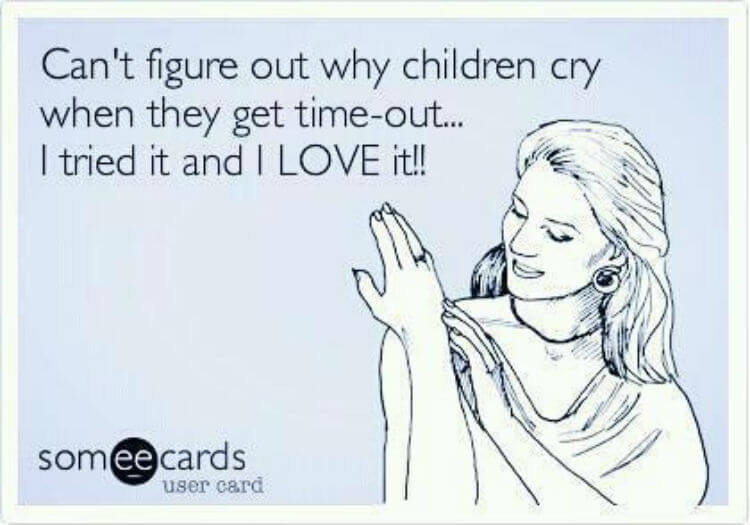 There are days as a parent when you want to pull your hair out. Feeling like you just can’t take another minute. I know it’s hard to believe!

The kids just won’t stop screaming. Constant fighting. Incessant whining. And the tattling! It’s all enough to make me lose my mind.

It’s so easy to join in. Scream back at them. Add to the drama, which we know helps fix the situation. Right?!

My old boss once told me that in these moments of insanity, he and his wife took a time out. Instead of fighting with their 4 kids. Yelling at them to stop what they were doing. Trying to appear unified as they disciplined each child appropriately for their crime. They would simply announce they were taking a time out.

A parent’s time out?! Really? I had never even thought to do this.

What they would do is go to their bedroom and close/lock the door. This would last for 2-5 minutes. Enough time to allow them to regroup, calm down, and be on the same page with their discipline approach. It also sent a message to the kids. They knew it was serious and they weren’t going to get the attention they were seeking.

When time was up, the parents returned to a completely new environment. The kids had a chance to think about what they had done and what was coming. The parents were able to diffuse the situation and get a moment away to escape and discuss. United the parents stood stronger and showed more control. The discipline had more of an impact because it was not given in the heat of the moment.

I thought this was genius! Although a part of me wondered if I could just extend the time away. Maybe catch up on my TV shows? Take a nap? Guess not. Well, I definitely saw the value in their approach.

How do you stay sane in these parenting moments?