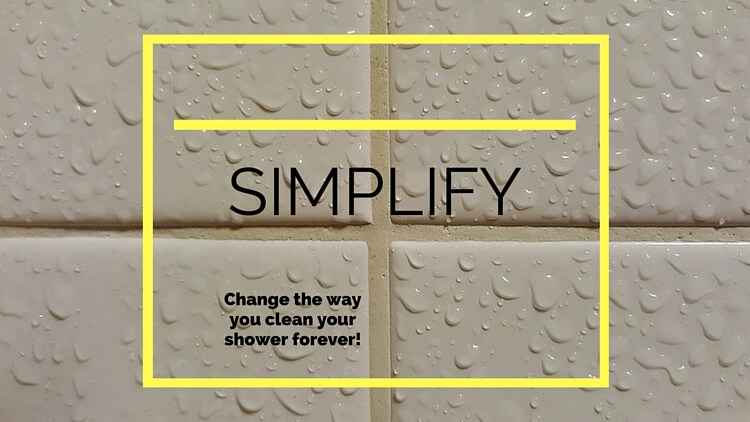 I’m all about simplicity. Especially when it comes to cleaning. Bathrooms are the worst! Anytime I can, I look for cheats that save time and effort. Imagine my surprise when I stumbled onto this one just by taking a shower at my Mom’s house!

My normal shower cleaning routine consisted of keeping a bathroom bleach spray in the shower. Every few days as I noticed areas that were starting to build up soap scum or look a little dirty, I would spray it down after my shower. The next morning, I would rinse down the walls and it would look presentable again. Anything beyond that was a miracle.

I will admit there are times the shower needs a good scrubbing. While I’m in there, I think how easy it would be to just scrub a wall before I get out. However, I never seem to remember once I get out because I never stock the shower with something to use. This week, while visiting family in PA, I found my “something”. 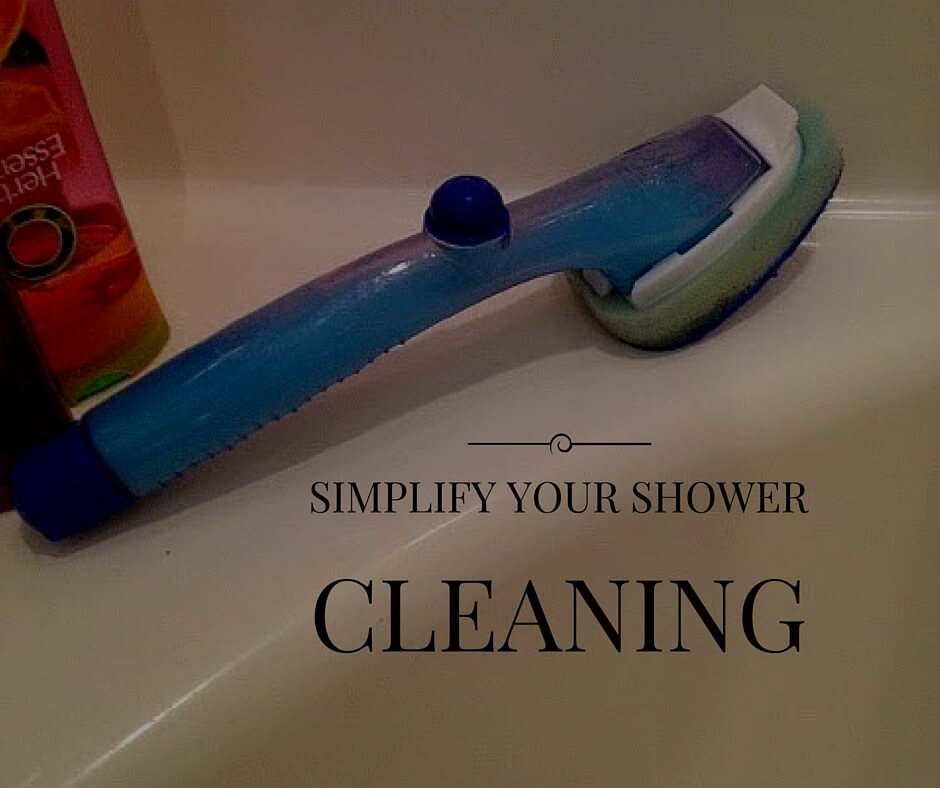 The first morning as I climbed into the shower, I noticed a dish wand on the side of the tub. At the time, I didn’t think anything of it. Yes, it seemed odd. However, my brain was a bit slow in processing so it took some time to realize why. Then it dawned on me. This was the item I needed in my shower!

Now we’ve all seen the DIY mix of Dawn dish soap and vinegar for cleaning on Pinterest. I’ve even tried it. At the time, I remember it being pretty labor intensive because I was literally scrubbing my entire shower. Though, it did do the job. I never stuck with it because spraying my shower was just easier.

What if I put the Dawn/vinegar mix directly into the dish wand and just left it in my shower?! It was like the clouds parted and the angels began to sing. Ok, maybe not. I still had my epiphany moment though.

Just mix equal parts of Dawn dish soap and white vinegar together. Gently shake it (it will get very bubbly).

Use the solution to fill up your dish wand, and you are ready to clean! No fuss. No extra time. Just take 30 seconds at the end of your shower to scrub down a wall or two. Bonus is that kids think it’s fun so who knows, maybe you will never have to clean your shower again?! Well, until they are old enough to realize it’s all work.

What ways to do save time/effort cleaning your bathroom? 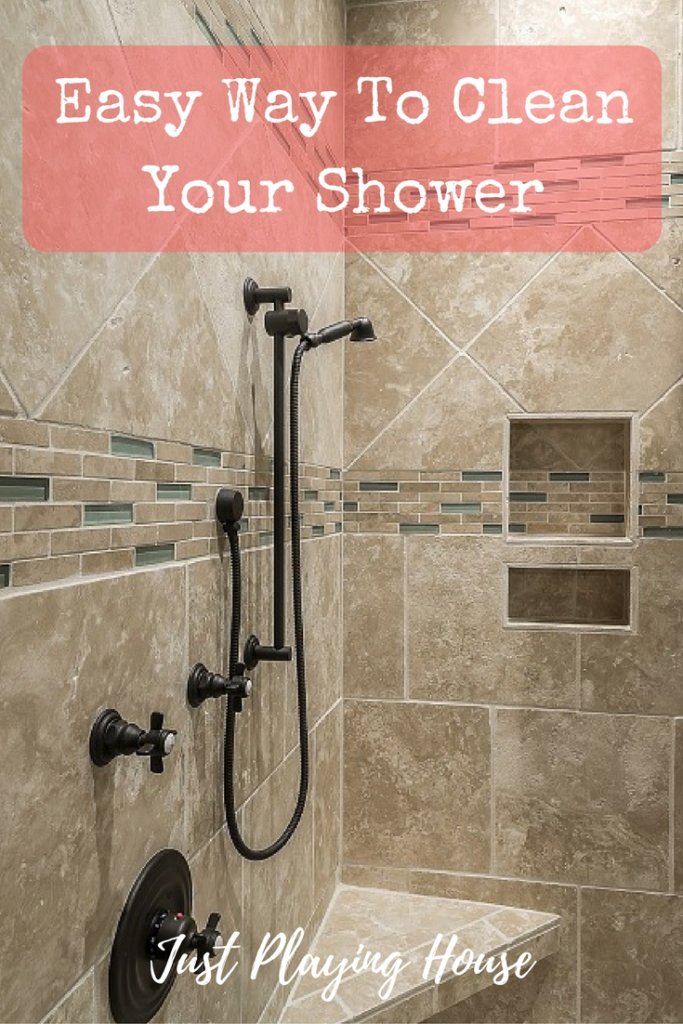 One Comment on “How To Clean A Shower With No Effort”