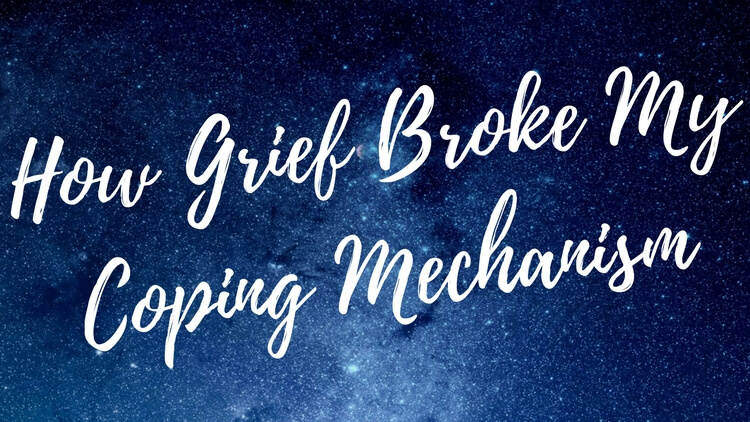 There are things in life that make you uncomfortable. Things you really would rather avoid and not participate in. Unfortunately, opting out is not always an option. So as early as high school, I had developed my own coping mechanism. Just a simple distraction for my mind.

The whole idea is based on the fact that no matter what I have to do, there is a finite amount of time required to complete the task. Time pushes on in spite of my discomfort. I just need to know the amount of time required and focus on the countdown. A great example is public speaking. Most people dread it. I know I used to. So I would focus on the fact that I had to be in that role for only 30 minutes (or whatever the time limit was). Regardless of how bad I thought it would be, that clock would continue counting down. I just had to get through those 30-minutes and it was all over.

I have used it so often in my own life that I taught it to my daughter: How a Sore Throat Showed My Daughter She Can Get Through Anything. It stuck because her teacher overheard her explaining it to some classmates recently. It seems so basic, but it really does help! You can do anything when you focus on the count down of the time it takes to get through it.

It worked until about a year ago.

The moment I knew my son wasn’t going to survive, the world shifted. I can’t explain the surreal feeling of standing beside his bed and knowing this was all about to end. Today I held his hand. Tomorrow he would be gone. Forever! It was the first time my mind tried to make sense of the word forever.

Suddenly a finite amount of time remained. I never wanted to stop time so much in all my life. I couldn’t stop thinking about my coping mechanism. The clock just kept ticking down to the most intense level of discomfort I could imagine. His death!

It wasn’t supposed to work like this. The count down was supposed to remove the discomfort.

As I lay next to him, I vowed to make the most of what time I had left. Sleep was not an option. I couldn’t waste a single second of the time we had left. My plan was to stay present and focus only on memorizing him. After all, I knew I would need these details to get me through what came next.

It was during this time the grief pep talk began in my head. I was talking so as to reassure him everything would be OK. I had no idea if it would be. In reality I was trying to reassure myself. Death is part of life. In this moment it was unavoidable. This was one of those times I would have no choice but to figure out how to get through it.

I mistakenly thought my coping mechanism would be there to help me. That I could count down the moments, events, days, weeks, months, and years. My end goal was so obvious. I just needed to get back to Cameron. It has taken me a while to realize the mechanism is broken. You can’t count down to something that doesn’t have a defined time table. It feels infinite.

Every single night when I climb into bed I tell myself, “That’s one more day.” Without you. One day closer. My heart fills with an anxiety that never existed before. One more day doesn’t mean anything when you’re comparing it to an entire lifetime. If I don’t have a time, the count down doesn’t exist. I’m simply counting to an unknown.

Reality sinks in. Just under the surface I am restless. Here I stand staring down the tunnel and I cannot see any light. How am I supposed to keep doing this endlessly for the rest of my life? I miss my old mechanism. It’s hard trying to cope without it.

3 Comments on “How Grief Broke My Coping Mechanism”