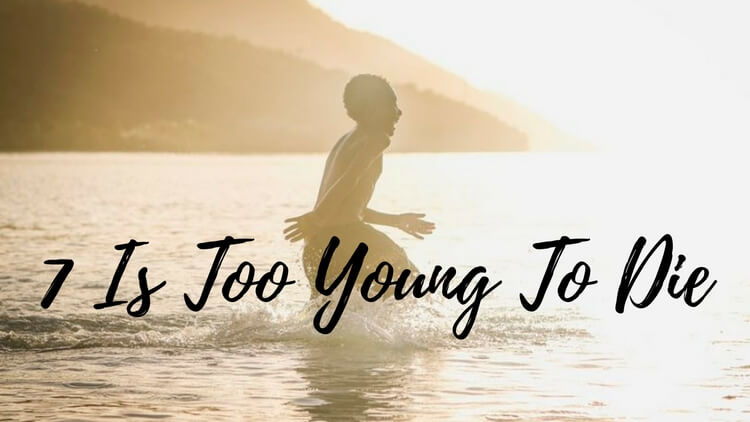 7 Is Too Young To Die was Originally published at Her View From Home.

This was it. The moment I was dreading. The end. As I lay there in his hospital bed, holding him, I focused all of my attention on his chest. As the machine pumped, I could see it rise. Then lower. I tuned into the sound. Blocking everything else out. Waiting. Never turning my eyes away. I didn’t want to miss his last breath.

Out of the corner of my eye, I saw the nurse move to turn off the last machine. I kept my eyes on his chest. Up. Down. That was it. It felt anticlimactic. I held on just a few more minutes. Lips pressed to his forehead. Memorizing him and how he felt in my arms.

As I let go, I told myself he was gone. He was no longer in this body that lay before me. Yet I couldn’t take my eyes off him. All I kept thinking was, “Look at what we just did.” Like we had any control over the events of the day or this gut wrenching outcome. It didn’t seem real.

Seven is too young! How am I supposed to live without him?

The room cleared out. To be honest, I forgot anyone else was there. I blocked them all out trying to absorb every last moment I had. No regrets I had told myself.

Twenty minutes went by. It felt like an eternity. I was exhausted and had been awake the last 48-hours. We were still waiting for paperwork. Why it wasn’t done before they turned him off, I will never understand! What came next? We had no clue! The disorganization made me angry. Why did they make me sit here and look at what we did?! This is so wrong. In spite of my anger, I kept quiet. All I could do was look at him. As I sat in the chair, beside the body of my dead son, I will never forget the paleness of his skin. I watched as white spots started to appear on his hands as the blood drained away. How his chest was no longer rising as it had done earlier. I had to keep reminding myself that he wasn’t in there anymore so it was OK.

As we stood in the hallway, ready to leave, I looked back at him through the window. He looked so helpless…so small in that big room. The urge to go back in and hug him was overwhelming. To be honest, I really wanted to climb back in his bed and never leave. He was my baby boy. Someone needed to stay with him and make sure he was OK. How could I just leave him? It wasn’t right. That feeling stayed with me the entire car ride home. A big part of me died that night.

Life is cruel in ways you can never imagine. It was Christmas Day. My birthday. Here we were unexpectedly ending the life of my oldest child, my favorite boy. My two girls were at home, being robbed of their brother and the joy of this holiday. It just wasn’t fair.

He went to bed on Christmas Eve a normal, healthy boy. When he awoke 2-hours later, he was sick. Not the kind of sick that makes you think anything really serious is going on. Just a stomach bug and a fever. Even when we put him in the car 3-hours later for the ER, there was no expectation that this would turn out as it did. In my head our worst-case scenario was a brief hospital stay. Yet somehow, in just under 12-hours we were being told he wasn’t going to make it. How is that possible?!

We lived every parent’s worst nightmare…on Christmas. Our favorite holiday, forever impacted. My birthday, changed. Our family dynamic and function, never the same!

I always thought the hardest part would be turning off that machine and leaving the hospital. I was wrong! The hardest part came after. In those moments when the numb briefly wears off. When you realize you are living and he is no longer there. Nothing you can do to fix it. It’s a daily struggle. Our house is quiet, though it’s not. His spot is empty. It is a spot only he can fill. Everywhere I look, I am reminded of him. Nothing is the same. It never will be again.

People often use the word strong. I don’t see strength. I see bare minimum, fulfillment of obligation. Doing what we need to do in order to survive. A slow push to rebuild to something that resembles normal, even though I don’t want new normal. People want to help. They mean well. To them, it’s important to see us doing well. See us surviving and moving forward. So we put on a brave smile and appear to do just that. Someday maybe we will look back and realize that we have succeeded. Until then, our happiness exists in our before. Everything else is after. 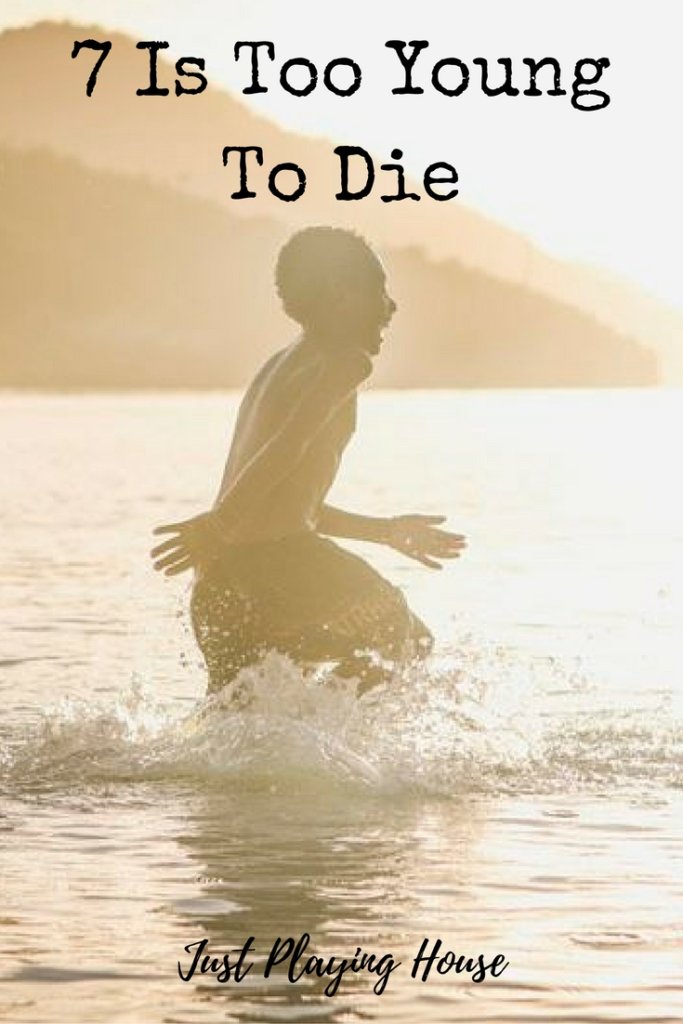