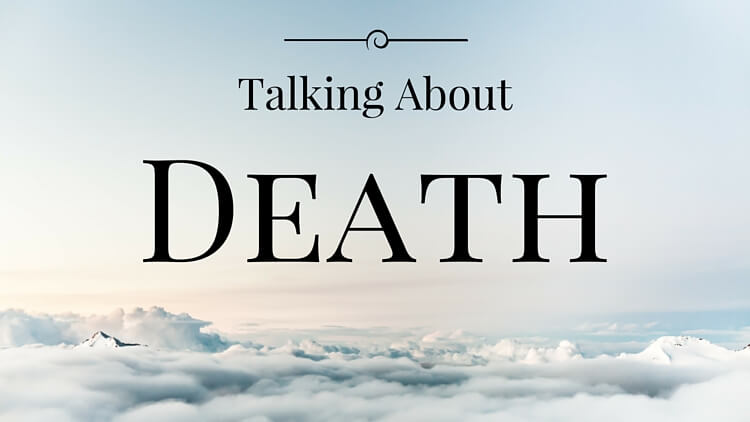 I never set out to discuss death with my children. It just sort of happened. It’s not a topic most parents touch until absolutely necessary. Even in those moments they struggle with what to say. For us, it was different. I’ve always thought it was ironic that Cameron and I spent so much time talking about it. In some weird way, I feel like it helped me deal with his death early on.

Talking to children about death is something most parents have to prepare for. It’s a personal conversation and involves an understanding of your own beliefs, religious views, etc. It’s a deep topic and the child’s age, maturity level, and ability to process must be taken into consideration. When the topic first appeared at my house, I had no time to prepare so we went with it. I’m glad it happened like this.

When Cameron was young (3-4), I began building his library. He loved reading books. At the time, he wasn’t reading on his own yet. One of my favorite things to do was shop for kids books at local thrift stores. Every time I would find a book I had read as a child I would pick it up. He was so excited about the books I brought home and wanted me to read to him. So we began our journey of reading chapter books together on his bed.

We had a handful of books to choose from. However, he was adamant that the first book he wanted me to read to him was The Secret Garden by Frances Hodgson Burnett. I remember reading this book when I was in 4th grade. I vaguely remembered the plot. It was a bit over his head, but where necessary I would change some of the big words so he would understand what I was reading.

In this book there is a boy that is sick. He has been kept in hiding because it is expected he will die at a young age from his illness. The boy’s father has nothing to do with him because it’s too painful to get close to a son he knows is going to die. This is just a very small part of the story. I had forgotten the mention of death, otherwise I probably would have pushed Cameron to another book. All I remembered was the friendship the main character discovers, the secret garden, and the happy ending. 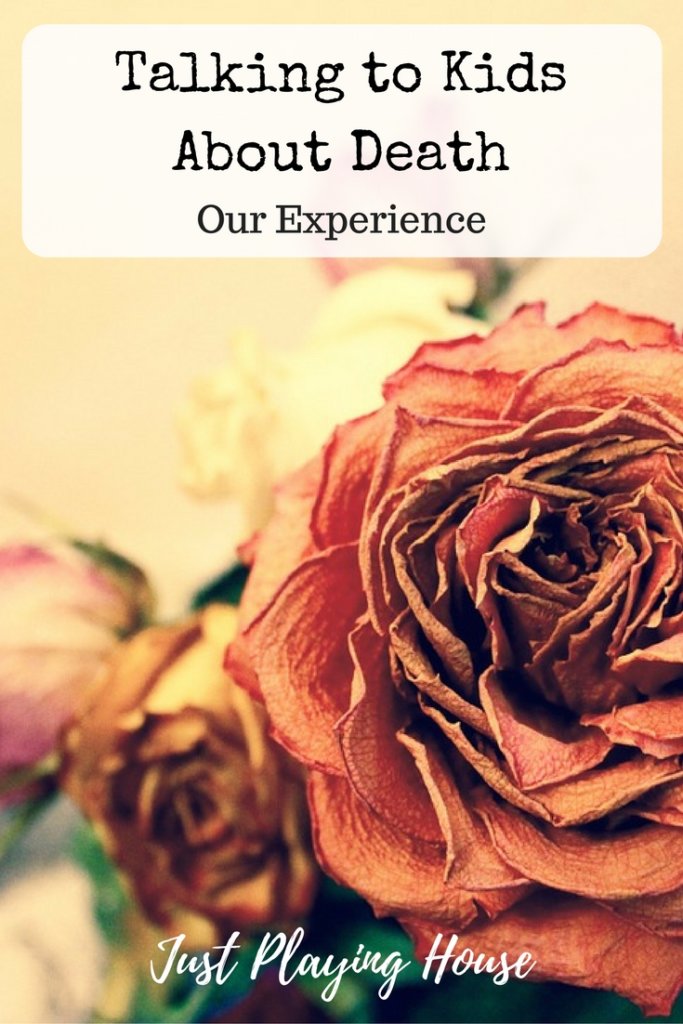 Cameron (had recently turned 4 at the time) was immediately obsessed with the thought that this boy was going to die. He knew what death was in a very abstract way. Mario died in his video games. Our dog had died when we had to put her to sleep just a year before. That was his only real experience.

The questions came fast and furious. How could this boy die if he was so young? How did he get sick? What was going to happen when he died? Then the conversation got more personal. Could he die? Could I die? We cried together during that first conversation. I answered every single question he had with as many facts that made sense for him.

Sometimes people get sick. Sometimes our bodies aren’t able to fight off that sickness or there is no medicine that can help it go away. I made sure to stress how it’s not normal for kids to get sick like that. The way it’s supposed to work is people don’t die until they get old. Until they get so old that their body’s get tired and worn and are unable to work anymore. I told him he didn’t need to worry about dying. I also told him that he didn’t need to worry about me dying. That wouldn’t happen for a long time. That it would all be OK.

He wanted to know what happened to our bodies when we died. I kept it simple. That we die because our bodies can no longer work the way they need to. That bodies were placed in a cemetery when they were no longer needed. I also explained that the voice inside our head, our feelings, our thoughts…that was our soul. That when our bodies could no longer work, our soul would leave the body and essentially fly. That we would live on in a new way.

I was raised in the church so I know what the Bible says. However, I am not a religious person. Personally, I have a different set of beliefs. Regardless, Cameron and I used the word “heaven”. It is a common word with a positive connotation that I knew he would hear others talk about eventually. I wanted to use that word so we had a way to label where you go when your soul crosses over. His questions naturally turned to what heaven would be like. In our numerous conversations after that he would tell me what he imagined.

Cameron’s obsession with death grew after our initial conversation. Every time we passed a cemetery he would talk about bodies being buried there. He was so fascinated that I knew people that had died. He asked if our dog, Max, would be there since she had died.

Our conversations were so frequent, with the most recent being just weeks before he unexpectedly died. He always had the same plan. The first thing would be to find Max. Then he would say so matter-of-factly, “If I die before you, I will wait for you. If you die before me, just wait for me.” Everything else would come after that. I remember feeling comfort in knowing his plan. Like I knew what he was doing in that first day. And I know now he is waiting for me. He makes that known frequently.

When we had to tell Melia (my then 4 year old daughter) her brother died, I had no idea what I was going to say until I walked in the room and saw her. It was that conversation with Cameron 3 years prior that provided a foundation. It’s crazy to think she was the exact age he was. I wish I could say the circumstances were the same. It’s difficult to tell a child their sibling, their best friend in the entire world, isn’t coming home. And to have to do it on Christmas of all days. Heartbreaking on so many levels.

This conversation was different because I was explaining the finality of her brother not being able to come home. I wanted to make sure she understood that part. As crazy as it may seem, I know she does. She has verbalized her understanding that he is in the clouds. He can look over a cliff and see us, but he is close enough he can hear us when we talk to him.

She hasn’t asked as many questions as he did. A couple of weeks after, I realized that I had never addressed our role. As a child, you believe your parents are in control of everything. I did go back and make sure she knew we did everything we could to keep him. That we didn’t give up. It wasn’t our decision for him to go. That we are so sad he had to leave and miss him.

To her, death is also very matter of fact. She has even talked a couple of times about going to heaven before us…like it’s a normal thing. Telling us we will miss her too when she goes.

In my experience, my children have taught me about death. That it is a normal part of life. That it is nothing to fear. I can’t say it makes our situation less sad. However, I can say that the topic flows very freely here. It has to because unfortunately it’s a big part of our life. My focus is on making sure Melia is OK. So far, she is.

I’ve felt so bad for all of the parents at our school. Being forced to discuss a topic that causes so much discomfort and fear. Friends of Cameron’s that were forced to learn about death at such a young age. I know those first weeks back at school after Christmas break were tough on the teachers and parents alike. So much prep went into what to say and how to handle the questions.

My recommendation is to spend some time thinking about the conversation. What are your beliefs, what would you want your kids to know. The topic tends to arise when you least expect it. There is rarely time to prepare. Just stick to the basics though. How/why it happens. What happens after. The impact to them. It definitely makes the conversation easier when the first conversation you have doesn’t accompany their first experience with death.

Have you had any experience discussing death with a child?

10 Comments on “Talking To Children About Death – My Experience”