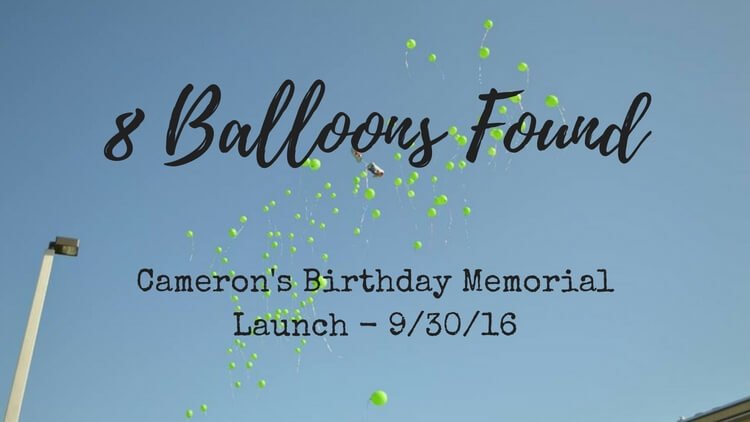 September 30th would have been Cameron’s 8th birthday. It was our first without him here. To celebrate, family and friends all over participated in their own balloon launches very similar to the one we did at his memorial last December. We were inundated with photos and videos of people sending balloons up to Cameron in heaven. I know he was enjoying the show.

I realized today that I have yet to share the outcome of those launches. Just like the first (and only) balloon that was found last year, we got some amazing stories! I know I told my husband it would be cool if there were 8 balloons found. Guess what? That’s exactly what we got. More signs that the universe has a plan and there is no such thing as a coincidence. 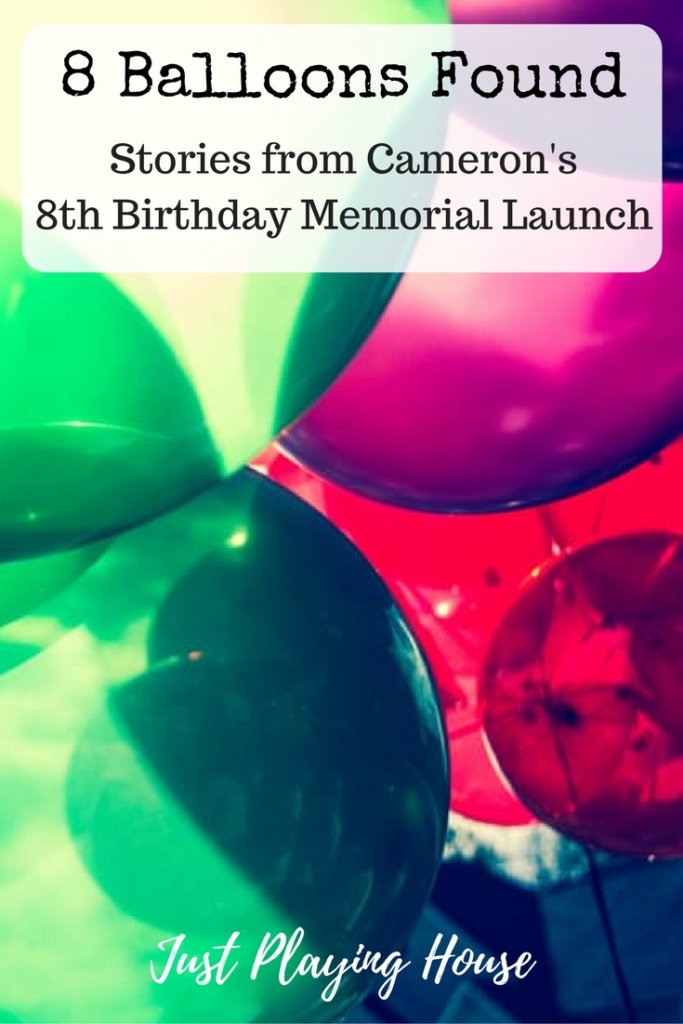 The first launch took place at his school. Everyone there has been so extremely supportive of our family. Their idea was to celebrate with a balloon launch and cupcakes. All of the kids filled the car line driveway with a balloon in hand. We counted off and watched the balloons soar. My oldest daughter was so excited her friends could celebrate with her.

After that, friends and family from all over the country held their own launches. Photos and videos flooded our Facebook feed. Everyone wearing their green shirts in his honor.

It was a windy day here in Central Florida. In fact, it started pouring just as we let go of our balloons at home. I’m pretty sure that’s why none of the balloons launched from Florida made it very far. The furthest we were able to determine any balloon traveled this time was around 200 miles.

These are the stories associated with each reported balloon:

This balloon launch has become a tradition for us. It’s a fun game we play with Cameron. Where will the balloons be found next?