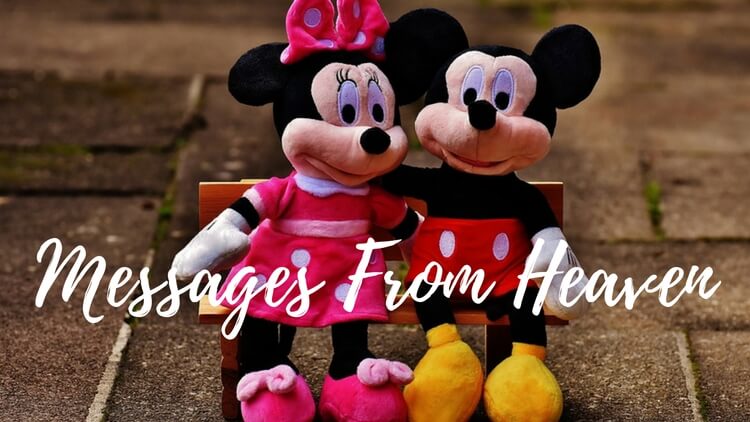 I love a message from heaven story. This is one I have not really shared. It’s one of my “this is going to sound crazy, but” stories. I typically reserve them for people closest to me. Those that won’t think I’ve completely lost my marbles. However, I believe they are important to share. Signs are everywhere!

This story begins in February 2016. Just 2-months after Cameron died. I attended a local event where I met a woman with some medium abilities. A group of us ate lunch together. This was the conversation (I will call her Sarah).

Sarah said, “I knew I was going to meet a bereaved mother here.” There were 2 of us in the group.

She proceeded to say, “I know this is going to sound crazy, but I have a message. It isn’t really specific. However, I really feel like I need to share it.” I loved that her story sounded like so many of mine have started to sound, “I know this sounds crazy, but”.

Sarah directed her message to both of us. In her daily meditations she had been seeing a child’s casket. For her, this symbol simply referred to a child passing. She knew her message was coming from a child. The vision she kept seeing was Minnie Mouse. Nothing more was given or explained. Everyone laughed because she was from out of town and this was Orlando, home of Disney World.

She clarified by saying, “I know this is Orlando and we are in Disney World central. However, this message has nothing to do with Disney World. It’s completely independent.” She hoped that it would make sense to one of us.

Neither of us had any profound connection though we tried. We had spent a lot of time at Disney World when we had our annual passes. However, Minnie wasn’t really a connection for me. It didn’t make sense. We also had a small Minnie Mouse doll that Melia had from when she was younger. Sienna had it in her crib. However, this all felt like a stretch. It just didn’t connect.

Sarah told us both to just file it away. Hold onto it in case it would become clear later on. To be honest, I haven’t thought much about it since. Then this happened. 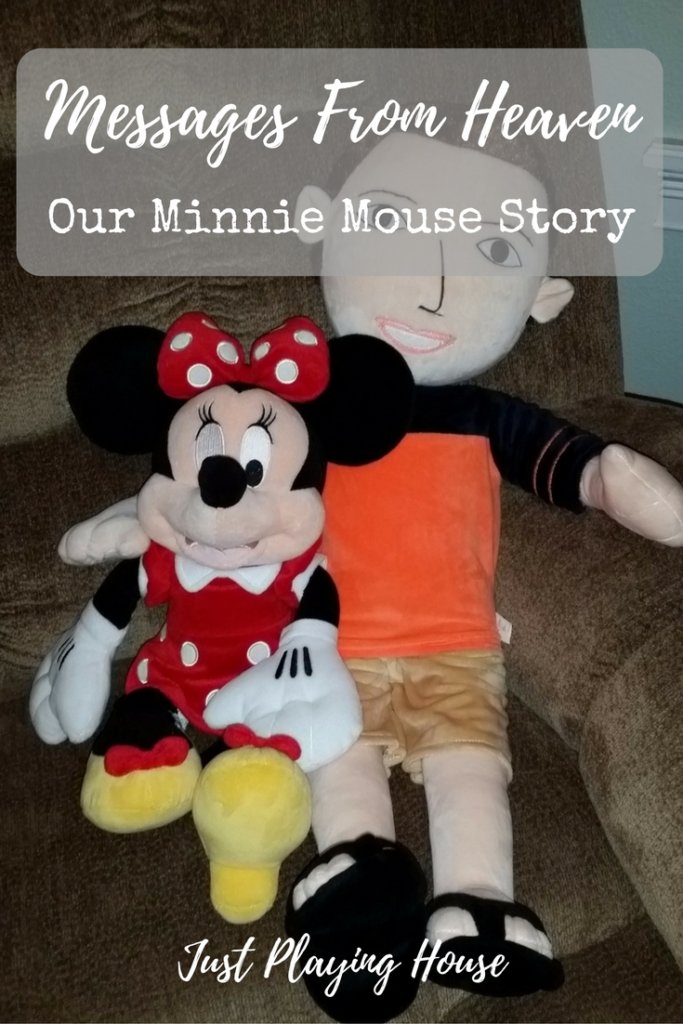 Last month we had to make our semi-annual trip to Arnold Palmer Hospital for Sienna’s kidney appointment. This is the hospital where Cameron died so there are always a lot of emotions under the surface during these visits for me. It just so happened, our appointment fell on the exact same day as donation day for Cameron’s Reindeer Drive.

I will say it was a complete coincidence. However, if you have read many of my posts you know I don’t really believe in coincidences. Our appointment had been booked 6-months prior. My friends had no idea of our schedule when they arranged the drop off. They had asked me to join if I felt up to it. Another trip to Arnold Palmer, especially to deliver reindeer adorably tagged with Cameron’s story and photo was not something I thought I would be up for. So I had politely declined. At this point I hadn’t even realized the coincidence.

A couple of days prior, it hit me. We were going to be at the hospital when they delivered. I still kept my distance. We then realized one of my friends had an appointment in the same office that had been scheduled 15-minutes after ours (another coincidence). We had no idea! So we met up on the playground after their delivery, just before our appointments.

As we left to head upstairs, my friend left to move her car before their appointment. Upstairs is where Minnie Mouse made her appearance. As we were being called back to our examination room, she stopped and handed Minnie to me.

Let me pause here to mention that neither of them knew about the message in February. As I write this post, neither of them have been told the story. This is the first time they are hearing it!

I took Minnie Mouse and I put her in our stroller. I didn’t think anything more about it until the car ride home. As I unloaded the stroller to pack up the car, my mind was filled with memories from that night. The mere mention of the hospital transports me back so you can imagine what a visit does to me. I grabbed Minnie Mouse to put her in the car and my heart stopped. I paused because it was Minnie Mouse.

Had Cameron really asked me to file Minnie Mouse away in the back of my mind so that I would recognize this gift?

Instantly I knew (as it usually happens for me…I just know) this was all orchestrated by him. He wanted to send something special to the girls. They don’t understand the significance yet. These aren’t stories I will share with them until they are older. However, this realization brought tears to my eyes. I was filled with love, joy, and grief at the same time.

Have you ever received a message from heaven? Do you believe they exist?

6 Comments on “How Minnie Mouse Delivered A Message From Heaven”